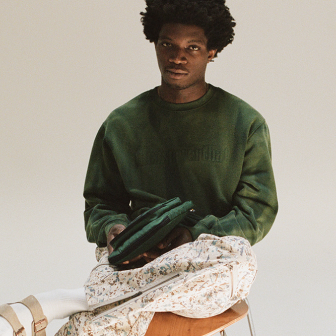 This exhibition, which is outside the frame of the existing exhibition hall, is an exhibition that presents augmented reality works by world-famous contemporary artists in an unexpected place, <KaleidoScope Eyes>, an exhibition that paradoxically rethinks the identity of sculpture, <Person who resembles me>. Check out this month's inspiring exhibition with a variety of works.
LEE SEUNG JIO
In 1962, Lee Seung-jo, who formed an avant-garde group called 'Origin' in opposition to the existing art system and vested interests with fellow painters, sought a return to the 'original thing' and built a unique formative language. Since the late 1960s, the shape of a 'pipe' has appeared in his works, and this motif, which creates a visual illusion by changing simple shapes and colors in a strict order, has been used as the main language. In this solo exhibition of Lee Seung-jo, held for the first time at Kukje Gallery, about 30 major works, focusing on the representative pipe-shaped works, will be introduced that look at the strong visual language.
Period｜2022. 09. 01 - 2022. 10. 30
Address｜Kukje Gallery Seoul
Kwon Oh-sang, Choi Ha-neul 2 person exhibition <People who resemble me>
A person who resembles me is a two-person exhibition by Kwon Oh-sang and Choi Ha-neul, who paradoxically reconsider the identity of sculpture, on the foundation of contemporary art, who doubts the origin of sculpture and longs to deconstruct it. Create points and exchange them. An exhibition title that metaphorizes the original sculpture's impulse to reproduce and imitate, while Kwon Oh-sang uses abstract sculpture using Choi's sculpture as a support, and Choi Ha-neul examines the changes in formativeness of Kwon Oh-sang from the traditional level again. implies the 'similar' relationship between the two artists, who have continued their exploration of the origins of the medium from different backgrounds.
Period｜202.08.23 - 2022.10.02 (Closed every Monday)
Address｜Ilmin Museum of Art
Korakrit Arun Nanonchai <Song for Death / Song for Life>
This is Korakrit Arunanondchai's first solo exhibition in Korea by painting, video, and performance artist Korakrit Arunanondchai. , a synesthetic video and installation work, conveys to the audience the energy produced by these movements and the potential for transformation inherent in this energy.
Period｜202.08.30 - 2022.10.30 (Closed every Monday and Chuseok holidays)
Address｜Art Sonje Center
dancing word
《Dancing Words》 reflects on 'poetry', which is the exhibition agenda of the Seoul Museum of Art in 2022, and proposes to view the exhibition as a poem and the practice of the creators as a poem that creates a common image (affection). , we look at 'Asia' as a field of discourse and expressiveness where the language of its practice oscillates. As a song of the crowd and a language of resistance, the attributes of poetry are superimposed on the practices of creators based in Asia or in discussions surrounding Asia. We observe the simultaneous unfolding of Asian political, social and cultural movements and phenomena, and through the practice of creators writing and speaking about them, we look at how the common consciousness and senses are constructed and expressed in today's Asia from various angles. .
Period｜202.09.01 - 2022.11.20 (Closed every Monday)
Address｜Seoul Museum of Art, Seosomun Main Building
Kaleidoscope Eyes
This exhibition, outside the framework of the existing exhibition hall, presents augmented reality works by world-famous contemporary artists in unexpected places. You can see a new way of appreciating and sharing art through the expanded creative possibilities of the virtual world using AR technology and interesting works that transcend traditional concepts of art.
Period｜2022.09.02 - 2022.11.27 (Closed every Monday)
Address｜Leum Museum of Art
Back To List